Property for Sale in Andalucia

For many of us, Spain is Andalusia. Covering the whole bottom quarter of Spain, Andalusia is the land of heat – weather, passions, and property! Andalusia includes resorts and towns as diverse as Torremolinos and Granada, as Seville and Marbella. Property for sale in Andalusia could be multimillion-euro villa on the Costa del Sol, or a cave home in Almería. 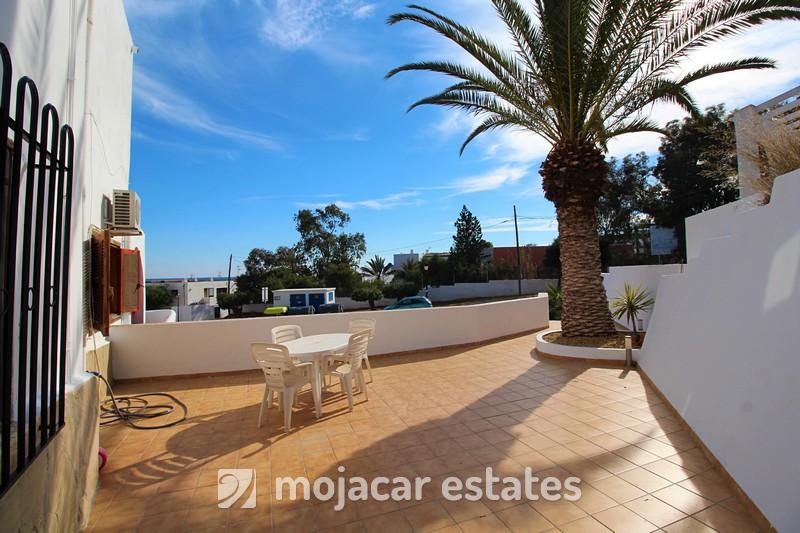 Contemporary 4 bedroom / 3 bathroom villa with annex 1 bedroom / 1 bathroom self contained apartment, only 2 minutes' walk from the beach for sale on Mojacar Playa, Almeria, Andalusia. There are stairs from the parking area up to the villa. Coming t...

Large detached villa on a plot of 1,515m2 for sale in the small hamlet of La Mulería, Almería, Andalusia, only a 5 minute drive (6 km) from the coast and beaches of Villaricos and Vera Playa. The villa has 2 floors and is set on a large plot (with p... this super luxurious new-build home has 4 bedrooms and 3 bathrooms and also has a multifunctional space!!! This can be arranged as a separate apartment, fitness, office space .... Furthermore, very spacious terraces and large living room and bathroom... Charming townhouse in gated community with fantastic pool and gardens. Ideally located between Malaga and Marbella with direct access to the motorways, beach, shopping centers and golf. This is an ideal holiday home with 4 bedrooms, 4 bathrooms, addi... Very Large 4 bedroom 3 bathroom Corner property in Pizarra Located close to the Rail station and centre of Town. This property offers many opportunities for conversion or different uses The lower floor could be used for numerous commercial uses subje... This Duplex luxury Penthouse is located only a few...

This Duplex luxury Penthouse is located only a few minutes from Puerto Banus and only a short walk to the beach. It has three bedrooms and two terraces with views overlooking the landscaped communal gardens and pool. The main bedroom is located upsta... Fantastic opportunity for investment, your own hol...

Fantastic opportunity for investment, your own holiday apartment or a permanent home in the sun! This 1 bedroom, 1 bathroom south-west facing apartment is located in the heart of Benalmadena in the popular Minerva complex, just 600 metres from Santa ... Perfect little bolt hole situated in the lovely Colinas de Faro urbanisation walking distance to all amenities and the lovely Mediterranean beaches. As you enter you will find the American style kitchen complete with all appliances. The lounge and di... This is a great opportunity to own a 3 bedroom hou...

This is a great opportunity to own a 3 bedroom house with its own private garden making it ideal for those with pets and children. Set in a private, gated estate, this semi detached property boasts spacious living and bright living areas both inside ... If you are looking for a family home and above all...

If you are looking for a family home and above all, space, you should not miss the opportunity to visit this exclusive property in Mijas Golf. Located in an accessible, well communicated and privileged location in Mijas, this property with 3 bedrooms... Marvelous apartment at Jardines de las Golondrinas Urbanization, Elviria. This fantastic home is located in one of the most privileged areas of Marbella (Málaga). In a quiet urbanization, 350 meters walking distance. This spacious house is fully pain... Beautiful townhouse located in the lower area of L...

Beautiful townhouse located in the lower area of Los Pacos, in the town of Fuengirola, a quiet area with all the necessary services very close such as shops, schools, playgrounds, restaurants, leisure area and just eight minutes walk from the beach.T... 3 bedroom duplex penthouse for sale in San Pedro with beautiful sea views from both floors400 meters from the beach, private parking and more.Best value in San Pedro beachside! A unique opportunity to purchase a one bedroom stu...

A unique opportunity to purchase a one bedroom studio apartment South oriented a few meters from the excellent beach of El Cristo in Estepona and surrounded by a delightful and fresh pine forest and fifteen minutes walking distance to the downtown Es...

Gorgeous independent house just of the main village center in Manilva village, close to all amenities and in an urbanisation with heated pool, but still within the mountains and with spectacular panoramic views. The house has had a very complete make...

You’ll have a wide choice of property for sale in Andalusia, as the region stretches for 600 kilometres east to west and roughly 250 kilometres from its northern border to the coast. It’s a little larger than Scotland, with a 1,000km coastline and several mountain ranges. That includes the Sierra Nevada, reaching to nearly 3,500 metres and offering skiing just an hour’s drive from the Costa del Sol.

It is the coasts that have attracted most international property buyers in Andalusia over the past 60 or so years. First to property on the Costa del Sol, set around Malaga, Marbella and resorts like Fuengirola. This is bucket and spade holiday land, but it’s busy in winter too, as ‘snowbirds’ head down from northern Europe to enjoy a warm winter among other expats.

The Costa del Sol enjoys 3,000 hours of sunshine – twice that of most of the UK – without the extremes of dark in winter. The average daily maximum in summer is the low 30°s, and in winter the 17°C or 18°C, with frost almost unheard of at sea level. It rains a lot in December and January, but you can pack your brolly away in summer.

That aridity reaches an extreme on the eastern side of Andalusia, in the province of Almería, with the Tabernas Desert. No wonder that property for sale in Andalusia here includes cave homes. Dug out of the rock for coolness in summer and warmth in winter, cave home owners include The Times writer and BBC broadcaster Matthew Parris.

Over on the western side of Andalusia, around the ancient city of Cadiz, the Costa de la Luz is increasingly popular. Here on the Atlantic coast it’s cooler and breezier and popular with surfers and windsurfers. Inland from here it’s very much horse country. While Andalusia used to be known as the home of bullfighting, northern Europeans come here now for the horses, around towns like Vejer de la Frontera and up to cities like Seville.

Still a classic part of Andalusia is flamenco, tapas and sherry. But these days a day out is more likely to involve a golf course or spa, or visit to a vineyard. You can live easily on the coastal stretch without speaking Spanish, although you don’t need to travel far inland to feel very, very Spanish. Even so, go into any dusty Andalusian bar and you’re likely to find a fellow expat to pass the time of day with.

At the lower end of the budget range (€20,000 to €50,000) are apartments in less salubrious parts of cities, to park homes, cave homes and small fincas needing renovation. From there up to €100,000 you’ll be looking at a studio or one-bedroom apartment in a less-well-known resort, such as over in Almería, or a country home far from the coast. Apartments in more popular resorts start at €100,000 and for a villa you’ll need from €300,000 or so on the Costa del Sol.