There is a lot to consider when moving to Spain, and even more so if you are moving there with children. What are the schools like? Is this area safe? What will the kids do on the weekends?

To get you started, we give you a rundown on the Spanish education system, crime and safety statistics and the best places to move with children.

If you are moving to Spain with children permanently, or at least long-term, you will need to think about their schooling.

The Spanish education system is of high quality. The country scores higher than the OECD average for reading literacy, mathematics and sciences. Schooling is mandatory and state-funded from the age of six to 16, although private schooling is also an option. Most parents send their children to preschool and kindergarten from the age of three. There are also international schools available.

Like the UK, the Spanish schooling system consists of two compulsory levels: primary school (primaria) from age six to 12 and secondary school (Educación Secundaria Obligatoria, or ESO) from 12 to 16.

Many primary schools accept children from age three, and like the UK, usually only take in children who live within a local catchment area.

It is important to note that some state schools teach in the local dialect rather than regular Spanish.

The primary school day runs from 9am-12pm and 3pm-5pm. Children have the option to go home for lunch or stay in the school canteen. The three-hour lunch break is used for both eating and studying.

Secondary schools in Spain are usually of a very high standard with a strict curriculum.

The secondary school day length varies slightly between schools, but the general structure is 8am-3pm.

Those who obtain a Completion of Secondary Education then have the option to study for a Bachillerato or a vocational course and then go to university.

Crime and safety in Spain

If you are moving to Spain with children, feeling safe is essential. Spain is, overall, a very safe country with a low crime rate.

The safest cities in Spain are San Sebastian, Valencia and Malaga, while the least safe are Bilbao and Barcelona.

Best places to move to Spain with children

Malaga is a great option for families. It ranks highly for quality of life and is regularly voted as one of the most liveable cities in Spain.

Malaga has wonderful weather with more than 300 days of sunshine a year, a vibrant culture and the sparkling Mediterranean Sea right on its doorstep. It is a brilliant place for children to grow up with excellent schools and an efficient public transport system. There are plenty of bus routes connecting the centre to the outlying districts making it incredibly easy for children to get to and from school.

The city itself has a beautiful old town, a recently refurbished promenade and many restaurants, art galleries and museums. For parents looking for a night out every now and then, the abundance of flamenco bars and jazz clubs are bound to make for a good time.

Property is affordable and there is a huge range of areas to choose from. For a cheaper option, consider El Palo. Just 20 minutes’ drive from the centre, this old fishing town is authentically Spanish but with all the amenities you need. Average property prices are €2,420 per square metre.

Another lovely area is El Limonar. It is a peaceful and green neighbourhood within walking distance to the popular Playa de la Caleta, and you can easily reach the historic centre by bus. Average property prices are €3,823 per square metre.

Often overlooked as simply an airport destination, Alicante offers much more and is a lovely place to move to Spain with children. It is a beautiful and authentic city with a brilliant climate, miles of sandy beaches and a great selection of bars and restaurants.

The old quarter is charming with narrow streets and Moorish architecture. It is a lovely place to stroll in the daytime, stopping off at some of the best tapas bars in the area, but it is at night when the streets really come alive – the whole area becomes a hubbub of chatter, drinking and eating.

There are plenty of international schools in Alicante and the Costa Blanca region, along with some excellent local schools. Alicante is very expat friendly so you would have no trouble finding likeminded people or people who remind you of home – foreigners make up roughly 15% of the city’s population and English is very widely spoken.

Property is, again, very affordable with average prices of €1,808 per square metre. Some good neighbourhoods to consider are Vistahermosa, La Albufereta and Ensanche-Deputation.

The Canary Islands are much-loved for their delightful year-round climate, great accessibility with the UK and interesting landscapes.

Tenerife is the largest of the Canaries and is particularly family friendly. The temperature rarely drops below 20 degrees, even in the winter, and there is plenty to keep the children entertained. There are several beaches, including those with the typical black sand of Tenerife, and two exhilarating waterparks.

For older kids and adults, there are excellent shopping opportunities, good restaurants and three golf courses. There are several international schools on the island, including a British private school. Property prices are around €2,245 per square metre. 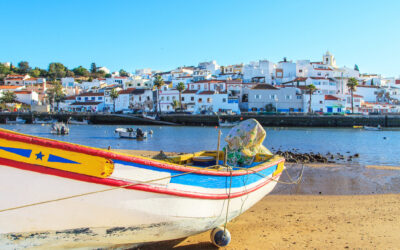 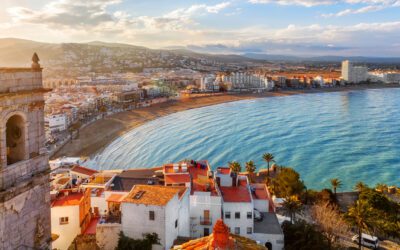 Moving to Spain when you retire offers not just a warmer, sunnier place to live, but also an exciting new lifestyle – a permanent holiday – with likeminded people and new friends. But how possinle is it post-Brexit, or for other non-EU citizens? Here we explain how to...

Applying for a visa to live in Spain

Do I need a visa for Spain as a non-EU citizen? British people moving to Spain since Brexit are now classed as 'third-country nationals' just like the many Americans and other non-EU nationals who make this wonderful country their long-term home. So if you want to...